Head of 10 MED Maxim Zotov praised the work done by the Russian Export Centre (REC) to support domestic exports, but noted that “there is still room for improvement”.

Maxim Zotov made this statement during an online conference as part of the opening of the international business mission of medical industry manufacturers organised by the REC. “The REC is doing a lot of work to promote Russian companies for export, but we do not have a targeted strategy to bring Russian young manufacturers to foreign markets,” he said.

10 MED has been exporting Russian products for more than 15 years. The company’s biggest successes are associated with cosmetics brands such as LIBREDERM and Horse Force.

During the conference, Maxim Zotov also announced the start of cooperation with new companies. “We are starting partnerships with several major manufacturers, in particular with Evalar, the largest producer of dietary supplements,” he said.

Maxim Zotov also spoke about launching his own cosmetics brands next year. “Together with our Japanese partner, we are targeting the Chinese and the Middle East markets, as well as production in Russia,” stressed the head of 10 MED.

According to him, Russian products have great potential abroad thanks to their low production costs, but one of the main obstacles to successful exports is the lack of information from entrepreneurs.

“I have several successful manufacturing friends in Russia. One produces the only floor washing machines in Russia which are five times cheaper than the Italian ones. He does well in Russia, but when you tell him to attend a few exhibitions and talk to the REC, his answer is: “If things are difficult in Russia, things are probably even more difficult abroad”, said Maxim Zotov, adding that “this is the attitude of a great number of Russian manufacturers”.

At the same time, according to the head of 10 MED, the fears of Russian companies are greatly exaggerated. “An exporter can increase its turnover and profits by times quite quickly, without borrowing resources and without having a large turnover,” said Zotov.

He noted that this is possible thanks to the work of the REC, among other things.

“Those who work only in the Russian market have become poorer. We notice this with many partners. Those who are exporting are developing quickly and are very optimistic about the future”.

However, Maxim Zotov believes that the coronavirus pandemic is not a good reason to abandon export plans. To establish a successful business in the time of crisis, the most important thing is to choose the right strategy. 10 MED’s strategy is to work in dozens of markets simultaneously.

“We have clearly seen the importance of working with different regions now in the context of the pandemic. We had China closing in the winter, followed by Japan, then the Middle East. But while the Middle East was closing, China had already opened up,” explained Maxim Zotov.

It is thanks to this strategy that the revenues of the cosmetics brands partnering with 10 MED increased by 200-300 times in 2020 compared to the previous year.

Maxim Zotov also spoke about the risks associated with export activities. Primarily, he spoke about risks of losing control over the brand or of being denied authorisation documents. He also spoke about the 10 MED strategy to counter such risks. “In any case, you have to move towards exports. Exports are the key to success,” he concluded.

The Russian Export Centre is a state institute for supporting non-resource exports, providing Russian exporters with a wide range of financial and non-financial support. By engaging with line ministries and agencies and cooperating with key industry and business organisations, the REC is improving the conditions for exports in Russia and reducing existing barriers to foreign trade.

10 MED thanks the REC for the opportunity to participate in the online conference. 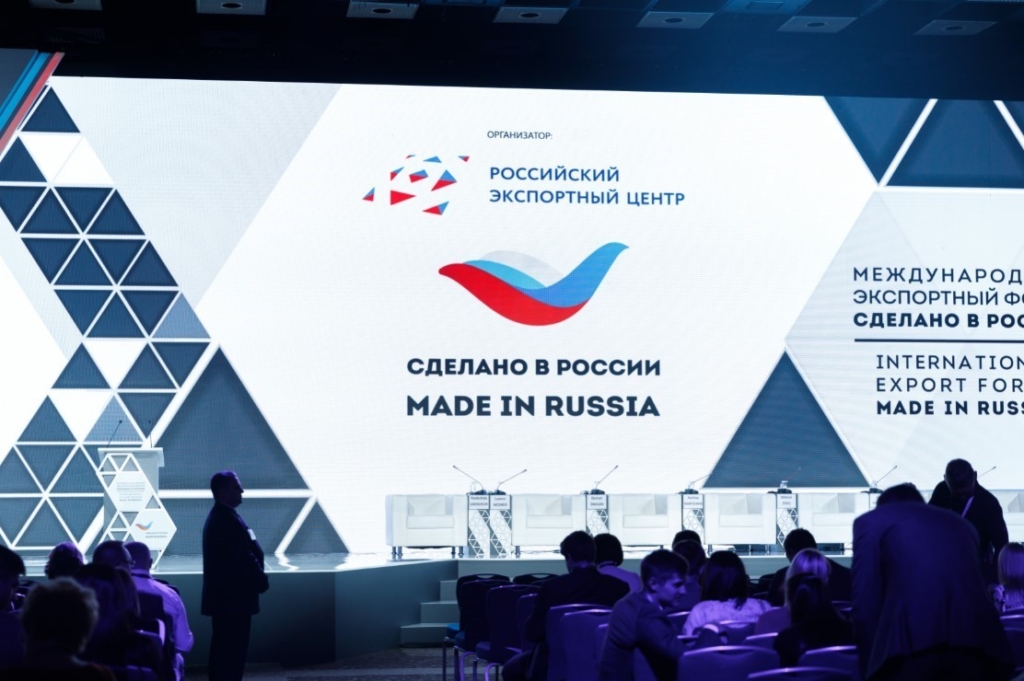